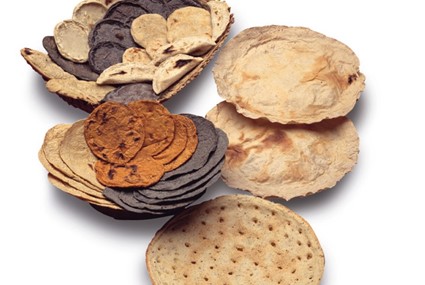 We nourish the health and wellbeing of our consumers and customers by providing high quality products - and our extraordinary leaders and employees make it all possible. In the plants, our diverse local cross functional management teams run our day to day operations.

The European Leadership Board reports directly to the GRUMA Worldwide Operating Board.

Mohammed Saeed is Chief Human Resources Officer of Gruma Europe with responsibility for HR and internal communications across both Mission Foods and Azteca Milling.

Mr Saeed has held a number of senior international HR roles in multinational branded organisations including Thomson Reuters and Barclays. He holds a MSc from the University of Westminster and is a Chartered Fellow of the CIPD.

He lives in Langley Berkshire.

Alejandro leads all finance and IT teams across the region. Mr Solis has been with Gruma for over 15 years and has held senior financial roles in both Mexico, USA and Europe.

He is a Graduate of Tecnológico de Monterrey.

He lives in Madrid, Spain

He joined the company in 2004 as part of the acquisition of Ovis Boske by Gruma.

At Ovis Boske Ron held a number of positions including Operations Director.

He is based in Roermond, The Netherlands.

Christine is responsible for the Sales teams in the region, as well as the Marketing & NPD team.

She is based in Roermond, Netherlands and lives in Belgium.

Simon is based in Seaham